Why You Should Avoid Pesticides and Choose an Organic Garden 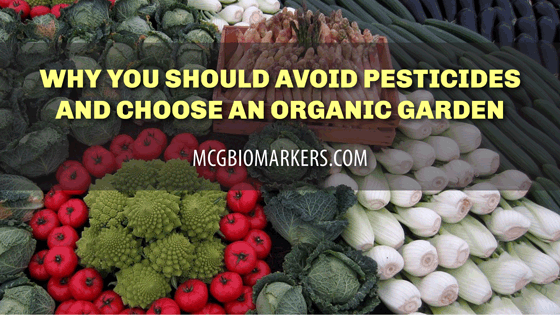 You have probably heard over the recent years that you should avoid putting pesticides into your garden and instead opt for an organic alternative. Although it sounds like a good idea, have you ever wondered exactly why it is better for you? Many of us homeowners with gardens might not know the benefits to organic gardening, and so we are here to help! In this article, we are providing you just a few reasons why you should avoid pesticides and choose an organic garden. Let’s get started!

1. There are fewer health risks.

Perhaps you’ve heard that using pesticides on crops can lead to health risks, such as skin irritation, hormone imbalances, and even cancer. Most of these claims have been proven true in studies over the years, showing that farmers who grow these products and young children are the most susceptible to these potential health problems.

That said, these studies offer enough information for people who want to switch over to organic gardening instead. Starting small by organically growing items such as apples, peppers, and leafy green vegetables (all of which tend to contain the most amount of pesticides). Not only will this decrease your chances of developing health issues from pesticides, but also you get to reap what you sow at home!

Some people might justify that pesticides are necessary in order to kill vicious types of bugs that regularly infest the crops, but previous studies have proved otherwise. In fact, it has been shown that only a small percentage of the pesticides (0.01 percent) actually kill the bugs, leaving the rest of it remaining on the surface of the crop.

Even further, many of the pesticides found on the product are difficult to get rid of. Studies have shown that 63 percent of the sampled produce still contained them, even after washing. That said, no one wants to eat pesticides in their food! By going organic, it lowers the possibility of doing so, while keeping you healthy.

3. There are more natural chemicals.

Since pesticides are often made from synthetic chemicals, we really don’t know how bad the consequences are when we put them into our bodies for food consumption. The same can be said for organic products, but there hasn’t been as much evidence to prove if they’re harmful or not. However, organic items contain no artificial compounds and usually use natural fertilizer from animal or plant waste to grow crops. Organic fertilizers offer more transparency when it comes to knowing what exactly you are putting into the ground for harvest.

All in all, pesticides are not desirable for use in planting gardens, as there has been evidence in studies showing that they might pose health risks when exposed to them, as well as being ineffective in destroying bugs anyway (and even ruining the crops themselves in the process). That’s why many people have made the switch over to organic gardening, which not only helps reduce artificial chemicals in the environment, but also in our body. Now that you have a clearer idea, it’s time to get digging!

Things to Remember When Planting Crops During Winter

Manage Cookie Consent
To provide the best experiences, we use technologies like cookies to store and/or access device information. Consenting to these technologies will allow us to process data such as browsing behavior or unique IDs on this site. Not consenting or withdrawing consent, may adversely affect certain features and functions.
Manage options Manage services Manage vendors Read more about these purposes
View preferences
{title} {title} {title}